Wanting to take advantage of the Waitangi Day day holiday, we decided to take on another Great Walk – The Whanganui Journey – a 3 day, 88km canoe trip down the Whanganui River. Our friends Eliza and Josh decided to join us and were excited for the adventure! 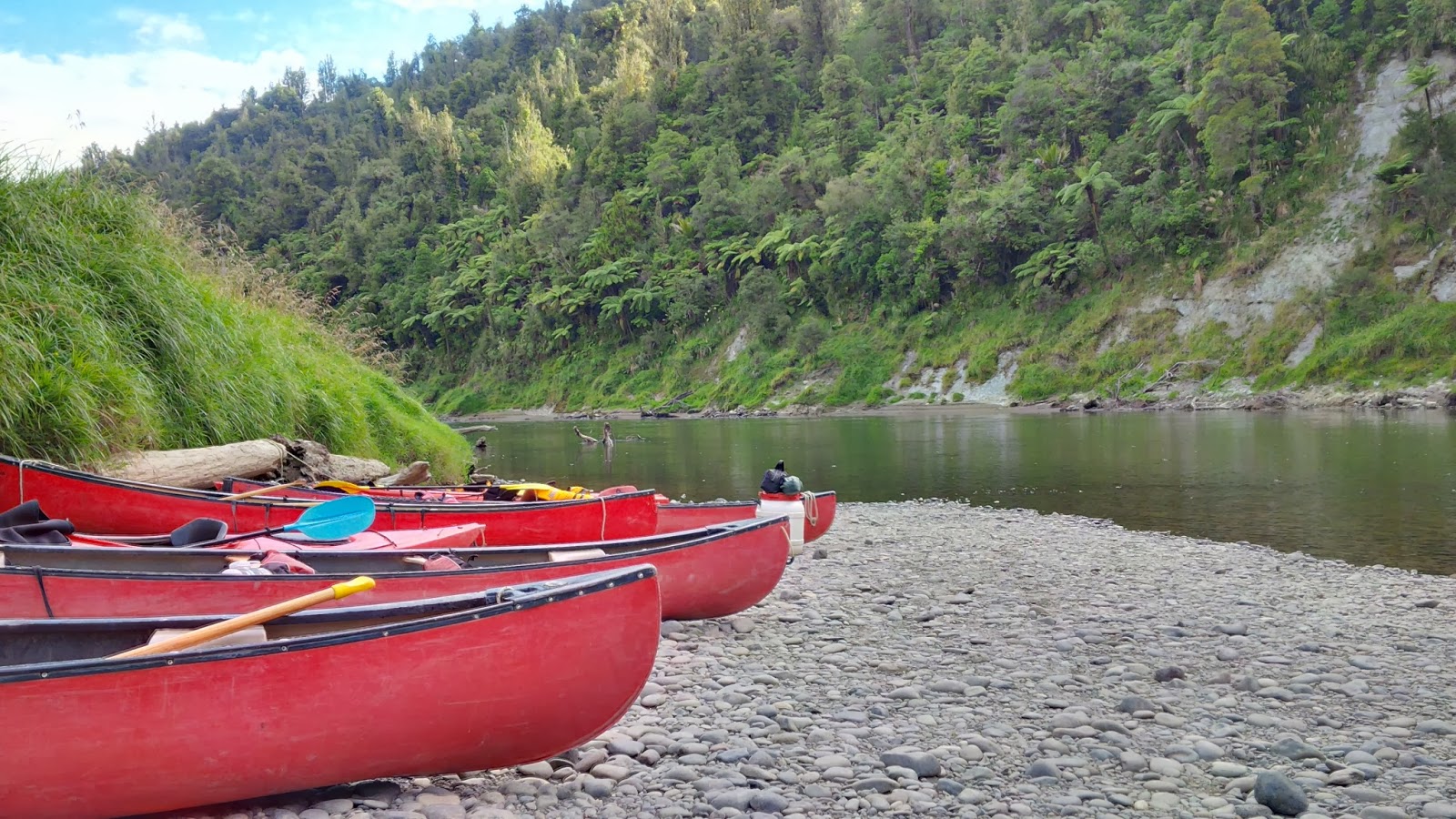 Driving up to Taumarunui after work on Wednesday was a long one as drones of cars poured out of the city wanting to get away for the holiday weekend. We made it to the Taumaruni Canoe Hire just after 11pm and after checking in we were escorted down the dark gravel road to the ‘container’ where the owners had offered us a place to sleep. The family owned operation was a slick one as they processed over 40 people that night and had a variety of sleeping arrangements available including cabins, tent spaces, a mattress on their common area floor and the container down the road (where we were heading)

Since it was now after midnight, we decided not to set the tent up and opted for an exposed outdoor experience, just throwing our sleeping bags on the deck under the container shelter. Luckily it was a beautiful night (and the spiders didn’t bother us) so we slept soundly under the moonlight.

Up early to get our gear together, we headed up to the main house where there was a number of groups packing up their bags with canoes and kayaks everywhere! We were provided a number of barrels and dry bags for our stuff, and although I doubted the need for such intense equipment – it would later prove VERY useful.

As they were packing up the canoes, we kept hearing them being referred to as ‘Deluxe Canadians’. Being from Canada we just always called them canoes, but apparently at one point kayaks were also considered a canoe, and an open touring canoe was called a ‘Canadian’. I guess outside Canada that nickname has stuck around! I couldn’t help but laugh everytime Eliza called us her ‘Deluxe Canadians’ for the rest of the trip!

All packed up and ready to go we boarded the bus for an hour and half drive to the drop-off point in Whakahoro. 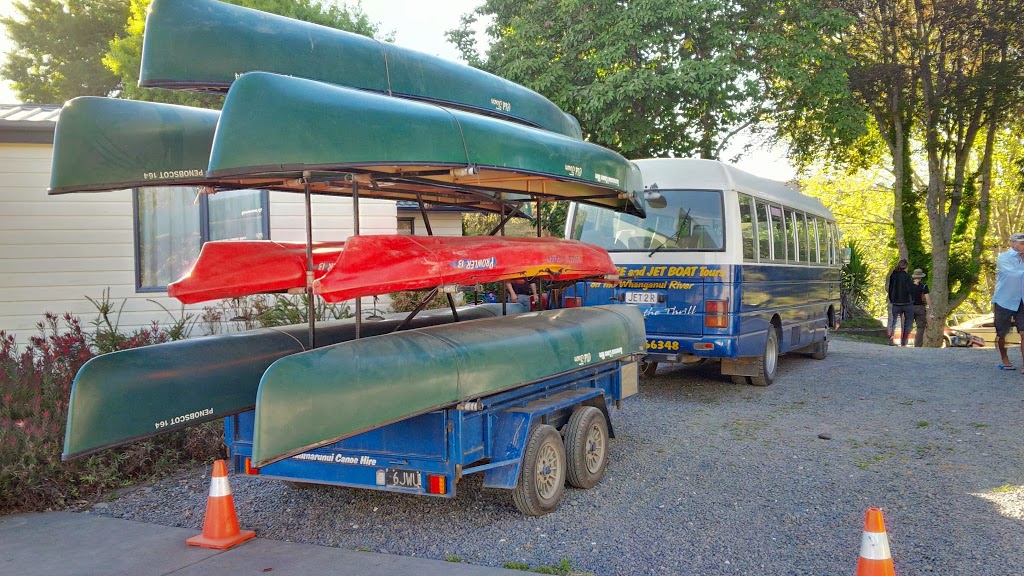 It was a beautiful, hot sunny day, so we were eager to get on the water. We quickly packed up our canoe, securing all of our barrels, dry bags and camera and were ready to set off on our journey down the river!

The landscape was beautiful as we floated down the river through lush green hills and bush clad valleys. The beginning was quite calm with the sound of crickets and local birds flying overhead.

As we made our way down towards the John Coull campsite, we tackled our first few rapids which was a first for Eliza and I! It was nice to have a few sections of fast moving water though as it kept us moving at a good pace and reduced the amount of paddling effort we needed considering this was the longest of the 3 days. Nearly 6 hours later we made it to the campsite and were happy to get on dry land and setup camp. We were the second group to hit shore so we were able to pick out a good spot to pitch our tent. Within a few hours nearly 20 tents were scattered over the landings making it a tight squeeze to get everyone in!

One the best things about canoe-camping is not having to worry (as much) about weight as you can carry more in a canoe than on your backs. That allowed for a few more luxury items we could take including the 3 litre bag of wine! We all enjoyed a glass as we devoured our delicious freeze dried meals at the picnic table.

After a couple glasses of wine, and a good meal in us, we were off to bed for a well earned good night sleep. The sky was so clear Jordan managed to get a beautiful shot of the stars over our campsite.

The next morning started off beautiful and sunny again but as the morning progressed, it turned to overcast with a light shower. It was still beautiful as the landscape began to change to deep gorges as the river cut through the mountains on either side.

Just before lunch we made a stop at the Mangapurua Landing where we docked the canoes and made our way up the path for a quick bush walk to the Bridge to Nowhere. A remnant of the Mangapura Valley farm settlement that was abandoned between the two World Wars, the concrete bridge spans the Mangapura stream yet has no roads leading to it (hence the name). We stopped for lunch and chatted with some cyclists who were riding the Mountains to Sea Cycle Trail.

After manoeuvring around the sea of canoes and kayaks that were tied up on the landing, we jumped back in our canoes and headed down the river towards our campsite.

A variety of wildlife lined the river, from cliff hanging wild goats, to blue ducks and New Zealand falcons. I still have no idea how those goats keep their footing along those steep banks, but they seemed to love the vegetation along the river.

Our campsite at Tieke Kainga was also a Maori marae – a scared place that serves religious and social purposes in the Maori culture. On special occasions a ceremony is performed welcoming the visitors onto the marae, but we weren’t lucky enough to experience that this time.

With plenty of sunlight left, we relaxed on the picnic tables watching the other groups arrive while we enjoyed our dinner. We chatted with a couple of kayakers from Auckland and Napier as they shared their adventures down the river navigating the rapids (and unfortunately loosing not one but two cameras in the river!) They even treated us to some homemade Pikelets – a New Zealand version of a pancake. Doused in butter and honey they were a perfect late evening snack!

Overnight the rain began to pour and didn’t stop all morning. We packed our stuff up in the rain and set off for our last leg of the journey. The wet weather provided a mysterious atmosphere as we paddled down the river towards the sea, the canyons got bigger and bigger as dozens of waterfalls now poured from the rainfall.

The rain also made the river rise, and despite the first hour being a calm slow moving pace, the last couple of hours proved to be the most exciting of the entire trip. The tour operator had warned us of a spot called ’50/50′ – basically you have a 50/50 shot of dumping the canoe through the ferocious rapids. After a wild ride through some pretty intense rapids, we thought we had made it through until we came across the ACTUAL 50/50 spot a couple kilometers down the river. When we saw the group ahead of us rocketing through the rapid and heard their screams/cheers we knew this was the one.

Jordan and I decided to go through first in hopes of making it through and getting to video Eliza & Josh from the shore. As we approached the rapids we were launched off each successive wave, crashing down and taking in buckets of water. We managed to make it through the ~3ft climax, however we took is so much water (and due to a premature celebration) the next wave was enough to send us tipping to the right and before we knew it we were floating down the river with the canoe capsized! Woohoo!!! What a ride!! Luckily we had the GoPro filming the whole time but you’ll have to wait for the video to see it all! Here’s a snapshot though to give you an idea of what we faced!

We floated down the river towards a rock and began bailing out our almost sunk canoe. Eliza and Josh managed to make it without rolling but did take on quite a bit of water. We watched a few more groups go through the rapids and it sure did live up to its name of 50/50 pretty accurately!

After the exhilarating wild ride we had just been on we were all pretty pumped up! It was a good thing too as we went through a number of intense rapids the rest of the way down and thanks to our skilled steersmen managed to stay dry (with just a few close calls). We were happy to reach dry land at Pipiriki and looked forward to a hot shower and a good meal! 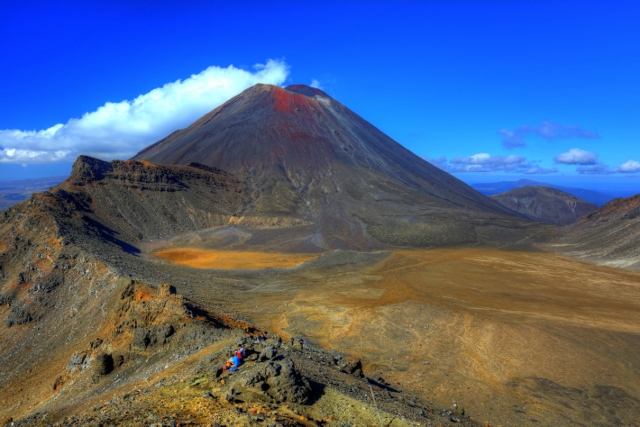 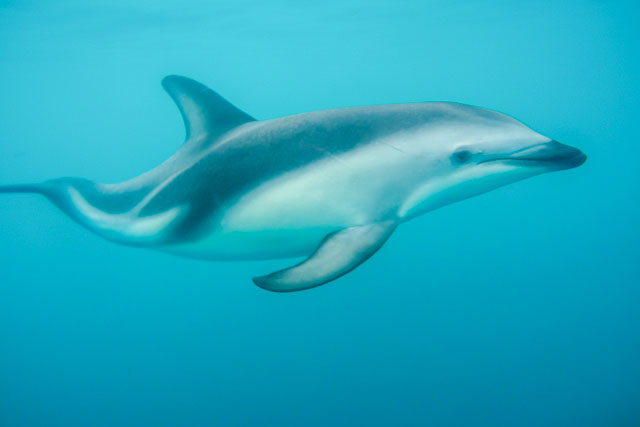