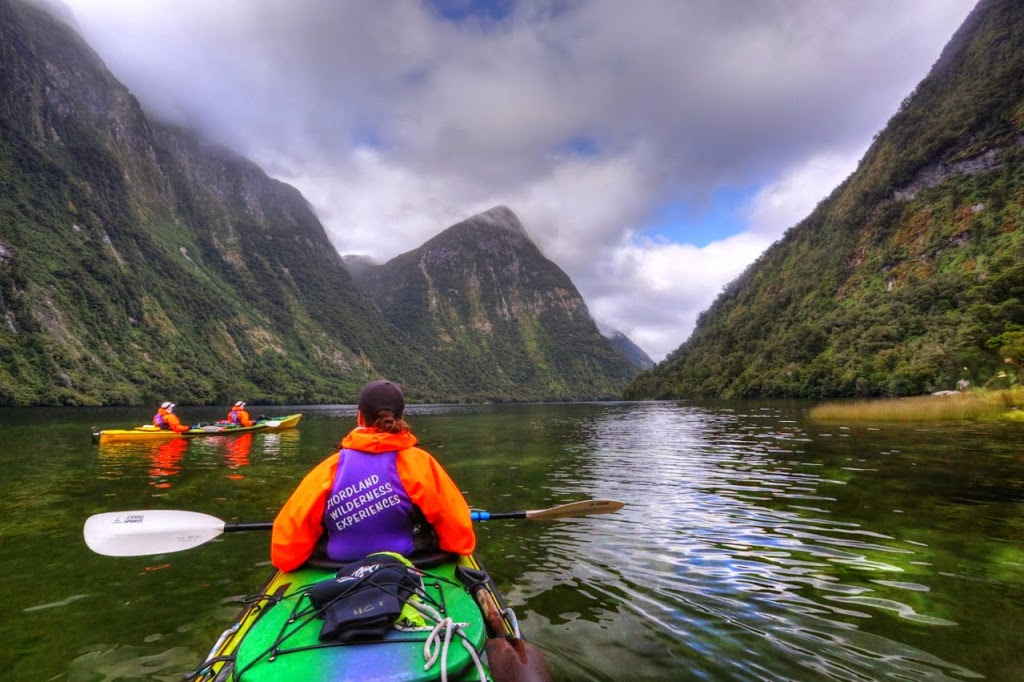 Jeanette and Russell asked us back in November if we would like to go on a 3-day Kayak expedition through Doubtful Sound with them while they’re visiting in New Zealand. Known as the “Sound of Silence” for it’s calmness and serenity, we jumped at the opportunity to experience the remote fiords of Doubtful Sound.

The day started off early with a 6:15am pick-up by our guides Sim and Nicola from Go Orange Kayaks, an American couple, Mike & Rena, and an American accountant, John.

A 20min drive to the ferry, we crossed the Manapouri Lake just as the sun rose over the mountains. We could see the Kepler Track in the distance where we traced the mountain ridgelines back in October.

Once on land, we jumped on a bus for the last leg of the journey to the remote Doubtful Sound. A fairly sunny day, we were happy it wasn’t raining as we packed up the kayaks for the long journey ahead.

We jumped in the tandam kayaks and headed down towards the mouth of the fiord, taking in the beautiful Browne Falls – the tallest falls in the country. The scenery was magical as we paddled in amongst the magnificent mountains. The sun shone through the clouds providing a beautiful backdrop to the green hills and the blue sky.

Our destination for the day was our campsite at the mouth of Crooked Arm – one of the three distinct arms within Doubtful Sound. As we paddled along the shore, you felt so insignificant next to the steep mountains surrounding us.

The moss along the rocks was a rainbow of colors, with greens, browns and orange highlighting the various water levels along the shore. We stopped for a quick break to fuel up and enjoy the scenery around us. We were so lucky to have such a nice day in Fiordland where it is notorious for it’s rainfall.

Jumping back in our kayaks, we continued up the channel and just as we were passing the entrance to Crooked Arm, Jordan spotted a few fins up ahead, with bursts of water shooting into the air – a dolphin pod was in sight!

We raced ahead to catch a glimpse and before we knew it we were surrounded by over two dozen large bottle nose dolphins. They swam amongst our kayaks popping just out of the water and dipping below the bow of the kayaks.

We could hear the dolphins squeals as they played underneath us. Just as we snapped a few photos they began to head off towards the mouth of Crooked Arm so we pick up our pace when our guide Sim said “they love it when you have some speed!”

Jordan and I dug in deep, paddling as hard as we could to catch up with the pod and within a few minutes they were gliding with us at the bow of the kayak, jumping in and out of the water, so close they even bumped the kayak! WHAT AN INCREDIBLE EXPERIENCE!!

This is just a sneak peak of the great footage we got!


This went on for about 10 mins and just at the peak of our speed we had nearly a dozen dolphins swimming with us while a few males put on a show up ahead, leaping out of the water 10-20 feet!! Seriously one of the most amazing experiences of my life!

Finally they swam far enough ahead we couldn’t keep up any longer as they chased the overnight boat cruising down the channel. My heart was racing for a good half hour after as we couldn’t believe what we had just experienced!

Fortunately the campsite was just around the corner as we had burned nearly all the gas left in our arms. Lucky Burn campsite is nestled in a small cove with a beautiful waterfall flowing behind, providing the water supply for the site.

After pulling up the kayaks, we setup camp and enjoyed a hot coco in the ‘bug free’ shelter setup for the group. It was our ‘safe haven’ from the relentless sand flies attacking any piece of open flesh – a welcomed break after the 5hr paddle. Just before dusk we enjoyed some dinner and a glass of wine as we shared stories among the group.

Up early to get out before the forecast winds rolled in, we enjoyed a hearty breakfast before jumping on the water around 8am. Due to the high winds, we packed our sleeping gear, food and extra tents just in case we weren’t able to make it back to camp (YIKES!).

The morning started off calm and relaxing as everyone took in the scenery, leisurely paddling down towards the end of Crooked Arm. The clouds clung to the mountain as a few small breaks of blue sky appeared with just a light sprinkle falling from the sky.

We paddled all the way to the end of Crooked Arm before stopping for a quick break along the shore. The sun was starting to peek out, lifting the mysterious morning clouds.

The water was so clear you could see the colorful rocks along the ocean floor.

As we made our way back towards camp we began to hit the headwind coming down the channel, making the paddle much harder than the tranquil morning.

After a challenging crossing, just before we braved the toughest part we made a quick stop to re-charge our batteries. The florescent orange rain jackets came in quite handy as it began to sprinkle a little harder.

Fuelled up and rested we jumped back in the kayaks to snake our way up the shore. The swells rocked the kayaks and the wind beat against us, as we made our way just passed the campsite on the other side. With a plan to cross the channel at a 45 degree angle, we pushed hard to make the crossing safely, ensuring we didn’t miss our target. Despite the hard paddle, it was quite exciting braving the storm and making it across. Once we hit the other side we rode the waves all the way to our campsite.

Once back at camp, we decided to go on a bit of a hike through the bush to explore the waterfall just above our site. An unmarked path through the thick bush, we climbed the steep banks to the rockface where the waterfalls poured from the heavens.

It was definitely worth the climb for the spectacular view of our campsite cove below.

Due to the limited rainfall the last few days, the waterfall was running pretty low, but still provided a beautiful spot to enjoy the view and take in the beauty around us.

The evening was spent again in the comfort of our shelter away from the harassment of the sand flies. After a good 7hr day, everyone was looking forward to an early night as we knew the challenge we faced in the morning getting back out into the main channel.

Packed and ready before sunrise, we headed out at first light just before the rain started. As we pushed on in the pouring rain, it was nearly an hour of hard paddling battling the headwind before we could turn into the wind towards Deep Cove.

Even once we had the winds behind us, the water was choppy, creating a rough ride in the rain for the next few hours. Jordan took advantage of this by steering us into the swell hoping we could ‘surf’ in the kayak 😛

As the morning went on,  waterfalls began to flow from the mountains providing a beautiful atmosphere despite the rain. We were even lucky enough to spot the head of a seal and a few penguins playing in the water in the distance – triple threat yet again!

As we closed in on the harbor, the water became calm – almost like glass – as the rain danced on the surface. Since the top layer is fresh water the droplets stayed on the surface for just a few seconds before dissolving in with the salt.

After a rainy 5 hrs, we were happy to see shore and paddled in as a group one last time. Once on land we unpacked the kayaks and headed for the comfort of the shelter to change into dry clothes just as the sun made an appearance. A welcomed site after as we took our last glimpse of the beautiful Doubtful Sound. On our way back towards Te Anau, our guides told us about a Fiordland movie – Ata Whenua – Shaddowland. It plays in the local theatre on the hour and provides amazing aerial views of the fiords. After meeting up with my parents we all went down to see the movie which was a perfect way to end our adventure in Fiordland! 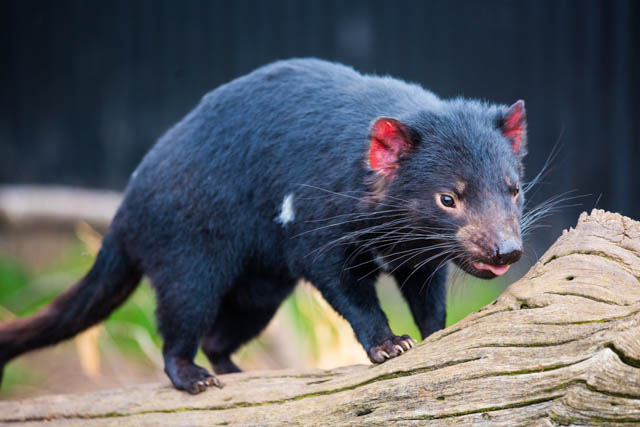 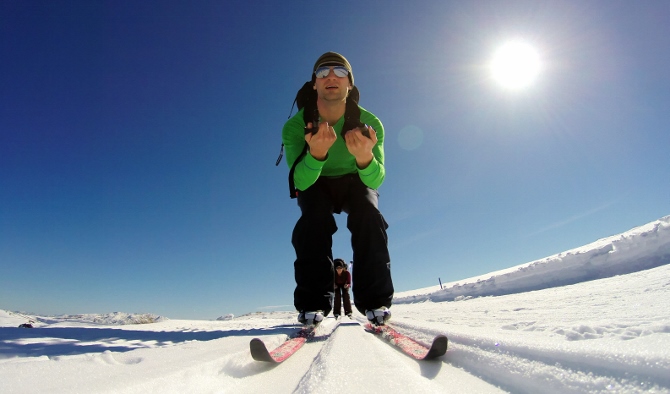 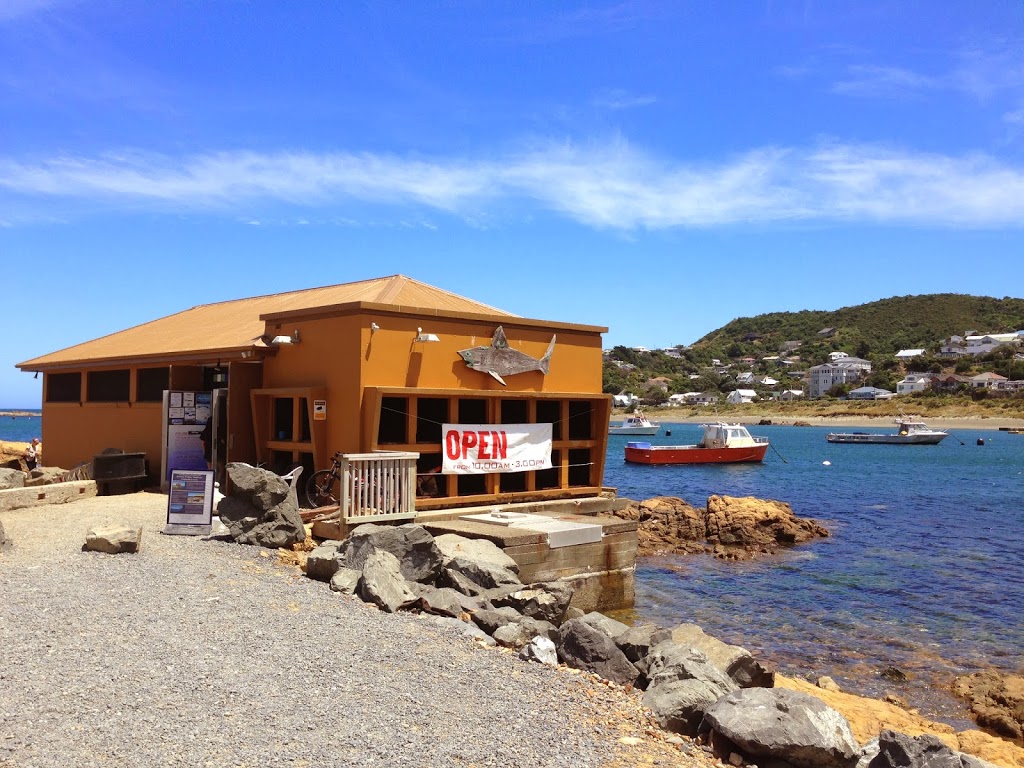 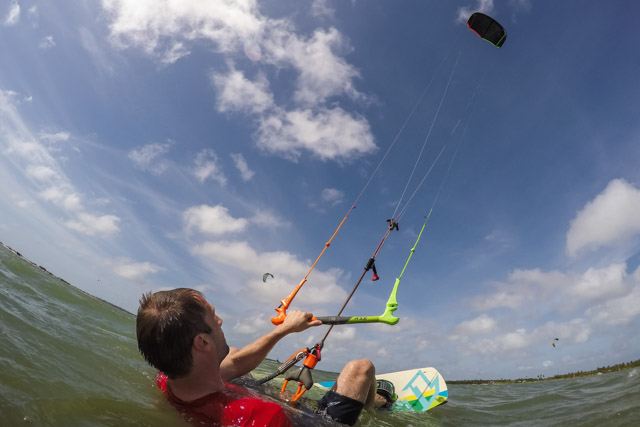