On our first stop of our winter weekend road trip to the South Island, we hopped onto the Spirit of Queenstown for a cruise over Lake Wakatipu. It was clear spring was just around the corner as the snow capped mountains glistened in the sun. The large catamaran glided through the glacier blue lake as we passed the stunning Remarkables mountain range, Mount Earnshaw and Bob’s Cove. The captain provided lots of local knowledge and history as we enjoyed the 360 degree views from the open top deck. Crossing the lake we came up to Mount Nicolas High Country Station – a 100,000 acre working Merino sheep farm. One of the top suppliers of merino wool for the famous Icebreaker clothing line, this remote, water access only farm is the home of over 28,000 sheep, 2 horses, 3 pigs, and about a dozen working dogs. We were lucky enough to arrive on the FIRST day of shearing this season! Typically starting at the beginning of September and running for about 6 weeks, an expert team of shearers are brought to the farm to shear over 1,200 sheep a day!

I had never witnessed the shearing process before but WOW – it was so mesmerizing watching the team work so quickly yet with such precision as they processed one sheep after another. Honestly, I expected a bit more of a struggle, but it was surprising to see how the shearers carefully handled the sheep and put them into a catatonic state, allowing the sheep to relax while their winter coat was removed. It was incredible to see the wool come off in one complete piece and as the ladies threw the wool in the air, it was almost like a blanket, all ready to be cuddled into. The most important, and difficult position is the grader. ‘No hurry Murray’ has been grading wool for decades and his experience and expertise make him a very valuable part of the team. By merely rubbing the wool between his fingers he can determine the quality and thickness of the wool. This is extremely important as Icebreaker have a set thicknesses and quality they expect from their suppliers and the accuracy of that measurement and sorting of the wool is vital to the entire operation. I had a go at trying to measure it with just the touch of my hand but wasn’t very successful. I did notice the merino wool has a crimp to it which makes it unique from other sheep wools.

One of the first things I asked was “Isn’t the sheep cold after it’s sheared?”. What’s fascinating is their bodies have adopted to been shorn each year, therefore their skin grows 3x as fast in the first 36 hours to help rebuild that layer of wool. The sheep are also shorn at this time of the year as the ewes are pregnant, and since Merino sheep are apparently notoriously bad mothers, shearing them makes them feel a bit of that cold, forcing them to find shelter so they can have a protected birth of their little lamb. Seriously I learned so many interesting facts about sheep and the entire shearing process!! Here’s a quick video to give you a taste of the ‘buzz’ that was going on in the woolshed that day!

Our guide Ryan took us on a walk around the rest of the farm to learn more about the operations and check out some of the farm animals. First we visited the newest baby lamb who was just 5 days old. She was the cutest little thing and was escorted by a pack of pregnant ewes that were in a separate area just outside the woolshed. A trio of little pink pigs were also a recent addition to the farm, and although it’s likely they’ll be destined for the dinner table some day, they were pretty cute to watch as they ran around the pen, falling all over each other along the way.

A pair of stunning male horses grazed in the open field and weren’t too shy, allowing us to come up and pet them. With the beautiful mountains in the distance, you couldn’t get a more picture perfect scene! We loaded onto the bus and headed to the backside of the farm to where the original farm house was built. An old stone, two room home, it was incredible to see how well it has been preserved. The original fireplaces and stone walls brought you back to a simpler time – one that I’m sure was quite lonely on such an isolated farm back in the day! As our tour finished up, we loaded back onto the Spirit of Queenstown and headed across Lake Wakatipu towards Queenstown. Taking in more of the spectacular views we said goodbye to Mount Nicolas and came away with a much greater appreciation for where our favorite merino garments come from! Big thank you to Southern Discoveries for hosting us on the Spirit of Queenstown cruise to Mt Nicholas High Station Merino Farm. 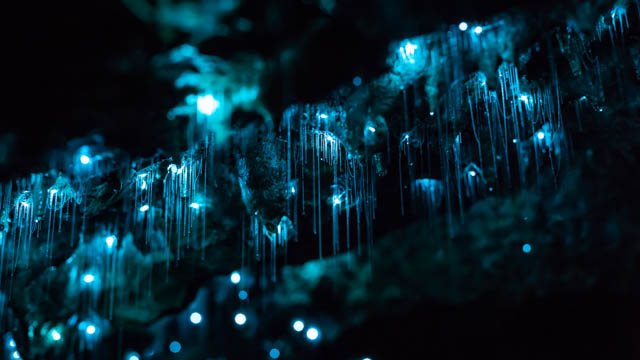