Our last adventure during our 10 day trip to Tasmania in April was exploring the Walls of Jerusalem National Park. This area was recommended by several people along our travels in Tasmania due to its spectacular labyrinth of alpine lakes and tarns, dolerite peaks, ancient but fragile forests of Pencil Pines and unique alpine vegetation. Flagged as a remote, challenging area of the Tasmanian highlands that experiences harsh weather conditions only suitable for ‘experienced hikers’ on Tasmania’s Parks and Wildlife services website, we were expecting to be quite challenged and one of only a few hikers in the area. As we pulled up to the start of the track however, it appeared we were not the only ones looking to explore the Walls of Jerusalem that holiday weekend as there must have been over 50 cars in the carpark. The warning signs must be how locals keep the tourists away 😛 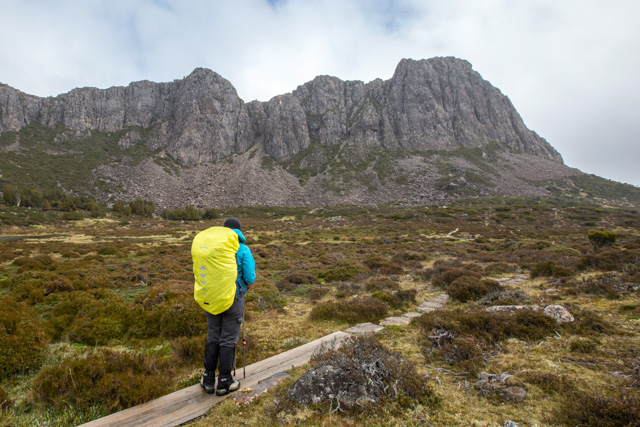 The weather outlook wasn’t looking great as the sky was overcast and a light sprinkle fell. We put on our rain gear and headed up the track, climbing for about 45 minutes before we stumbled upon a small trappers hut from early last century. A couple was enjoying their breakfast, clearing having stayed there the night, even though there were signs of ‘no camping’ about.

Just past the hut we got our first glimpse of a wallaby in the wild! These cheeky little characters are pretty timid and he didn’t stay too long, but is one of the many unique Tasmanian wildlife we experienced on our trip. 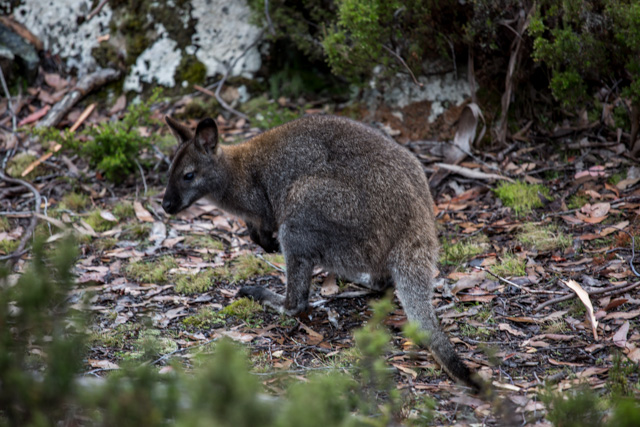 The last hour and half had been an uphill climb through the dense forests before the trail leveled out, passing by a series of beautiful lakes called Solomon’s Jewels, with colorful moss carpets drapping the forest floor. It was peaceful and beautiful with the sound of little feet hoping through the bush every few minutes as more wallaby’s were seen along the track.

After about 2.5 hours we arrived at Wild Dog Creek Campsite. Colorful tents were scattered along the flats with several timber tent platforms as well. We must have arrived at just the right time as a few campers were just packing up, leaving a space on the platform for us to grab. We waited till they were done and quickly setup our tent to claim our spot and dump some gear. I was happy to have a dry spot, away from the damp ground. Setting off just before noon we started upwards to the famous Walls of Jerusalem. The hike to the heart of the National Park begins with a short 600m climb to Herods Gate – the main entry point to the Walls of Jerusalem’s central basin. Nestled between King Davids Peak and Mount Ophel, a series of lakes split down the middle of the jagged, dolerite cliffs surrounding us in the valley. With the low hanging clouds we couldn’t see much, but knew there were some beautiful giants behind the cloud curtains.

Walking up the 2 board path through the fragile alpine vegetation, we arrived at the foot of Solomon’s Throne – a 1,446m peak – the 5th highest in Tasmania. Looking up it looked like it could be quite a difficult scramble, something similar to what we faced on Cradle Mountain. Learning from last time, I dropped my pack and started up the rock path and was surprised to find someone must have hand positioned a series of slate rocks, creating a staircase all the way up! 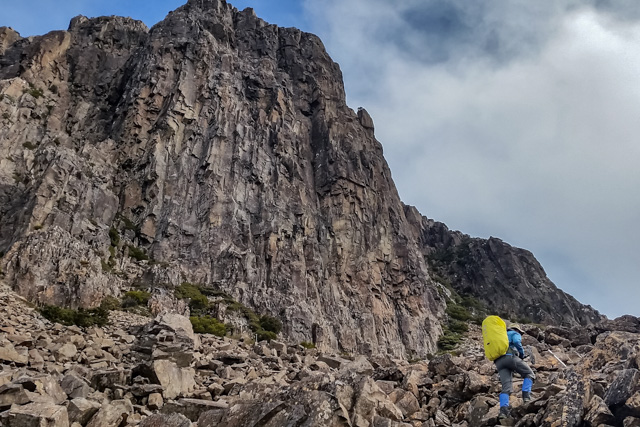 What we thought would take maybe an hour was a very easy 20 minute summit. The the best part of the climb was at the end, scrambling up through the narrow passageway to the summit! It was still misting out but we had a few small breaks in the clouds and even a rainbow appeared over the valley below. We didn’t spend much time at the top as we decided to continue on towards Mt Jerusalem (1,459m) in the distance. 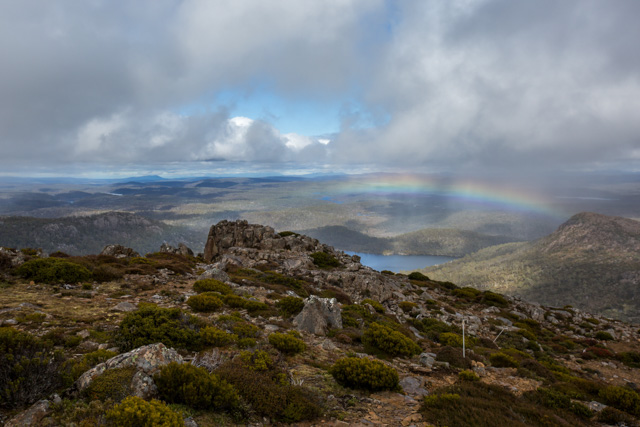 Back down was just as easy and at the bottom I picked up my pack as we carried on to Dixon’s Kingdom. A slight decent through the pencil pine forest we made it to the other campsite that was even more busy than ours! There were a number of old trapper huts there as well with colorful tents scattered under the trees. We passed through quickly as we were set on completing our mission and started the climb passing more lakes and tarns along the way. 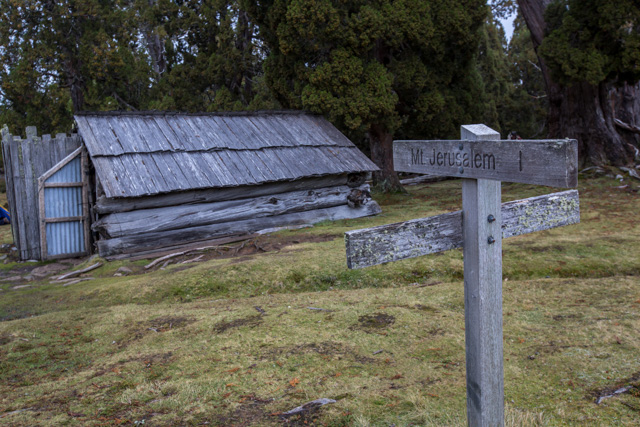 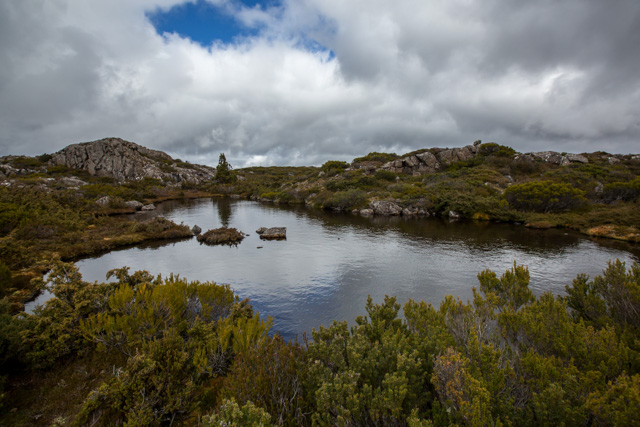 Before we started the climb I decided to dump by bag again to lighten my feet and quicken the pace. The entire way we were rock hoping along the path, dodging some thick mud and small streams flowing through. It took about an hour from Dixon’s Kingdom to reach the summit and at the top we were finally greeted to some patches of blue skies and incredible 360 degree views of the surrounding peaks – even Cradle Mountain in the distance! We snapped a few photos, took a moment to enjoy the view and we were heading back down to camp. Re-tracing our steps, just as we passed Solomon’s Throne, a pack of forester kangaroos appeared! Just as I saw them though, they must have also seen me, as they bounded away in the blink of an eye! At least now the skies had cleared and we could finally see to the top of King Davids Peak.

Back at camp after a long day of hiking, we fired up the Jetboil and enjoyed a hot dehystrated meal 🙂 The rain had stopped so we were able to enjoy sunset from the comfort of our dry tent platform. Our neighbors also surprised us with a few Easter eggs under our tent fly that we enjoyed for desert as we toasted to the holiday weekend. 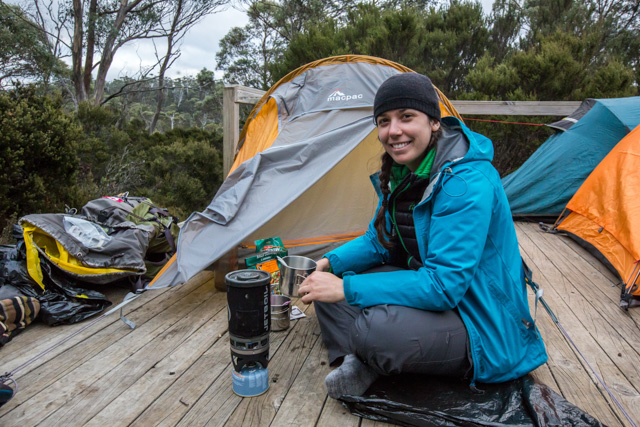 The next morning we didn’t waste any time, packing up camp and setting off towards the carpark. We had another couple opportunities to spot some Wallaby’s – even a mother and baby!

To reward ourselves for another great hiking adventure we stopped at the Melita Honey Farm store for some of their famous honey based icecream – YUM!!! 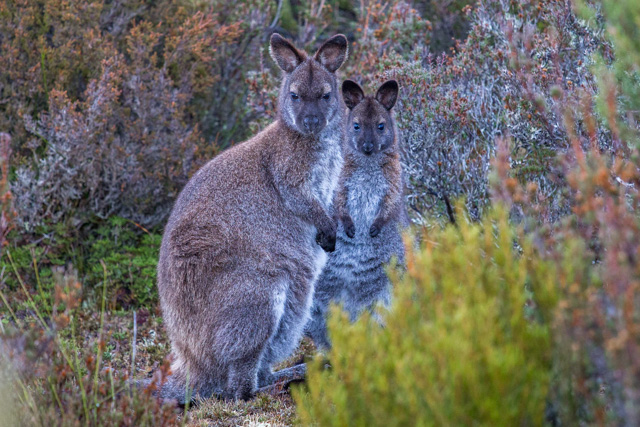 That concluded our 10 day advenure in Tasmania! We had a great trip exploring this beautiful island and would recommend it for any outdoor enthusiest looking for a good combination of Australia and New Zealand all in one!

Check out Episode 4 – Walls of Jerusalem 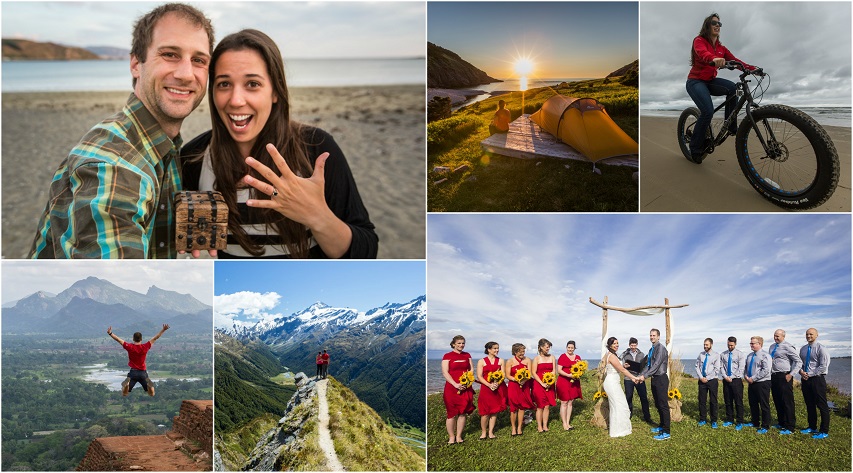 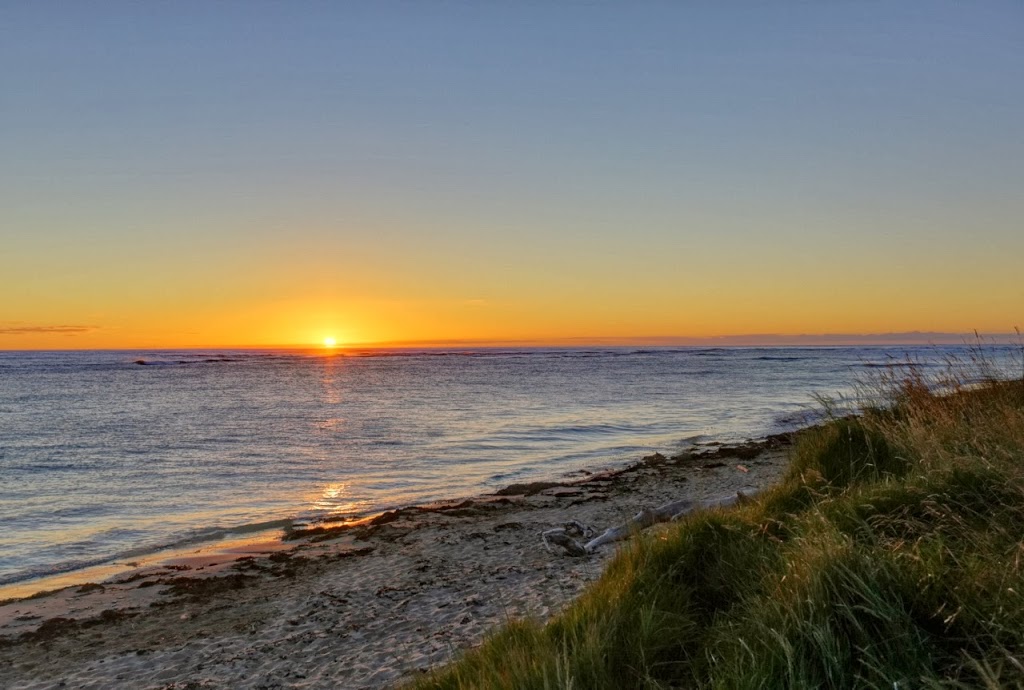 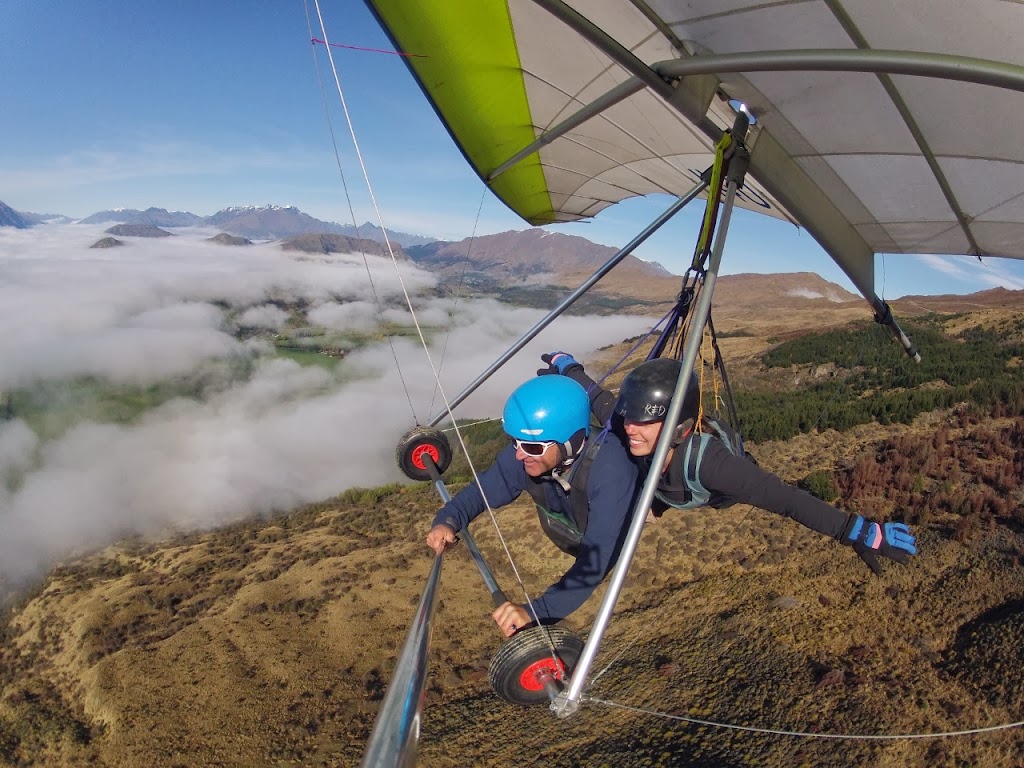