The hike to Sunrise Hut in the Ruahines has been on our list for some time. Recommeded as a great weekend tramp with some rugged ridgelines and stunning sunrises, we made a last-minute decision to go. That plan was nearly foiled as a culvert had collapse blocking the entrance to the track but luckily Jordan checked Friday morning one last time and sure enough the warning has just been lifted. Friday afternoon we scrambled to make a plan and in Jordan’s scheming he create a plan for us to summit Te Atuaoparapara (1,687m) just a few hours from the hut. Since it was supposed to be a bit of a bush bash he felt it was best we wake up early (230am) to make the 4 hr drive to the mountains and still have lots of time in the day.

Let’s just say the alarm came way too soon. Jordan must have hit snooze three times before we finally got out of bed at 3am. We were slow-moving at the time of day so it was nearly 4am before we were on the road. At least there was no traffic!

I slept most of the way but Jordan powered through the drive with the help of an iced coffee. Coming up to the Ruahines Mountain Range we could see a few peaks still covered with a bit of snow. I hoped one of those was Te Atuaoparapara! Driving towards the start of the track we passed through a number of sheep fields filled with so many baby lambs! They were sooooo cute but very easily spooked. This one pair though sat there hiding behind a piece of wood, almost as if they thought we couldn’t see them. Just as we parked the car though the rain really let loose. Since we had all our camera gear and weren’t really wanting to get soaked we opted to nap in the car and wait it out. Two hrs later we decided we would head off no matter what and by then it was just a light drizzle which was manageable. So much for getting up early!

Heading off up the track it was a beautiful wide well maintained path up the mountain – a favorite with school groups and families. Jordan was carrying every single piece of camera gear we owned as we were also planning to shoot our behind the scenes video so it was definitely weighing him down. I felt bad as my pack was half the weight but just as full as I was carrying the camping gear for us. It was so nice to be hiking again! We had spent so many weekend lately in the snow that I almost forgot what we needed for a tramp. My packing reflected it too as I had way too many winter layers, heavy mitts and socks – and not enough wine!

The track was easy and lined with educational signs pointing out local flora, fauna and bird life. We even passed by a mistletoe and couldn’t help but steal a kiss underneath 🙂 In just over two hours we were already at the hut after a 650m gain. The clouds had really settled in so we couldn’t see anything around us but with the warning on the track just listed the day before, we were hoping to be the only ones there for the night. We grabbed a bunk, dropped our packs and enjoyed a quick bite to eat before heading off to do some exploring. It was nearly 1pm by now so he likelihood of reaching Te Atuaoparapara was slim with the clouds still lingering. Just as we were about to set off, the clouds parted and we could see Armstrong Saddle in the distance. Getting our bearing we decided to do a bit of a recce and scope out part of the track to the summit in hopes the wind would stay low tomorrow.

The rugged and raw ridgelines of Armstrong Saddle reminded me a bit of the Tararuas and Te Ao Whekere in the Kaikoura. Walking down the track on a number occasions you could see where the old track had been broken away and washed down the mountain. Reaching the top of the ridge we had a beautiful view back to the hut and could now see the other ranges in the distance. Te Atuaoparapara still had a bit of snow and looked like a really fun summit if only we had enough time left in the day. Continuing on further we went as far as the fork to Top Maropea Hut before turning back and heading to the hut. Along the way we of course couldn’t resist taking out the drone and luckily the crash we had on Mt Doom hadn’t wrecked it! When we made it back we found a few others had reached the hut. Two dad’s with 3 young boys and a young German couple WOFing were also enjoying the views. We ran around to snap a few time-lapses and then enjoyed a cup of Milo and our usual freeze dried meals before crawling into our sleeping bags by 8pm. We even beat the 9-year-old boys to bed! The next morning we awoke to the most beautiful sunrise! The sky lit up in vibrant reds, oranges and yellows – I can see where this hut got it’s name! While the view was spectacular, the wind had already picked up to gale force levels so it killed our chances of summiting Te Atuaoparapara that day. Seriously I don’t know if I’ve ever been on a ridge when it was THAT windy! I literally was blown over on the ridge just behind the hut when we went to check how bad it really was.

It was decieving as the skies were completely clear and Te Atuaoparapara was looking very tempting – but it just wasn’t worth the risk of getting blown off the mountain. While our plans to climb Te Atuaoparapara were spoiled, it was still a beautiful weekend getting our first taste of the Ruahine Ranges. I highly recommend Sunrise Hut as an easy getaway and I know we’ll be back to explore more of those mountain soon! The road to Wellington 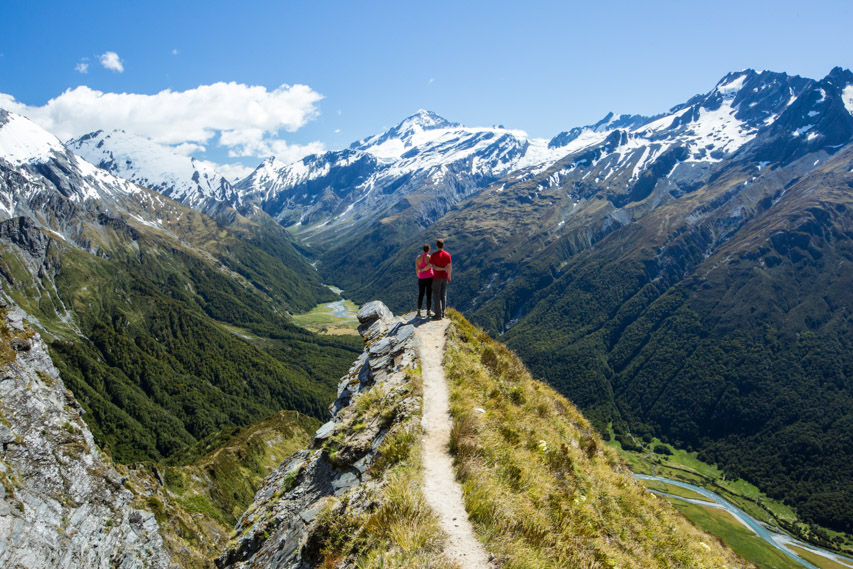 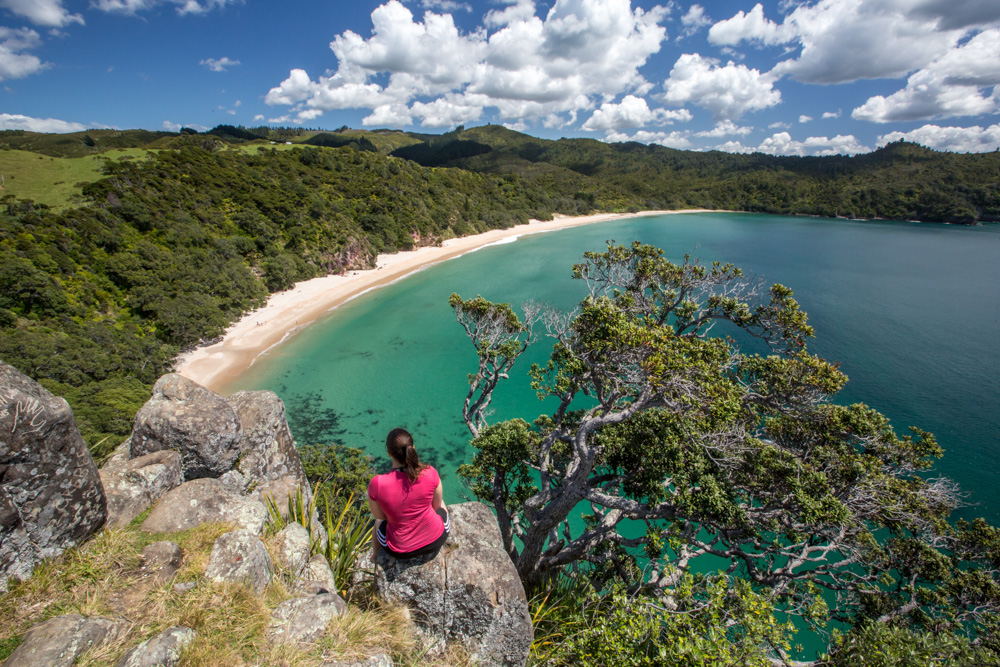